Every couple of years, the frenzy of social media posts starts up again: ALL THE STARS MOVED AROUND AND WE HAD A ZODIAC SIGN CHANGE BECAUSE OF A NEW CONSTELLATION!

Oh my god. Settle down. 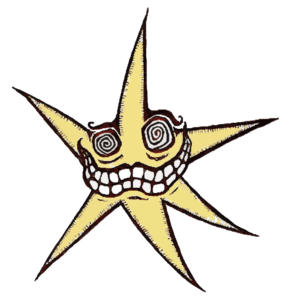 Okay, yes, the stars have moved a little bit. They’re floating in space, not immobilized in concrete. Physical forces are pushing them around. However, they haven’t completely rearranged themselves (yet).

It’s also true that the timing has changed as far as where the constellations appear throughout the year.

The Earth spins on its north-south axis. You knew that; it’s why we have night and day. But imagine a spinning top: it’s not always straight up-and-down, is it? As it spins, it wobbles a bit. The vertical axis moves in its own, slower circle. This is called a precession, and that’s exactly what the Earth is doing. As the Earth wobbles along, the constellations shift 1 degree every 73 years. Eventually someone was bound to notice that it looks like they’ve moved. (At least, from our earthly perspective.) The precession affects all the stars’ apparent positions in the sky, though not their positions relative to each other.

A few thousand years ago, the Sun was indeed in Aries from March 21 through April 20. Now it’s in Aries from April 18 through May 13. Does this mean that half of you Taurus-types are now Aries?

If you insist on going by the literal position of the Sun in the constellations, then yes, congratulations, all of those personality traits with which you identified so strongly are just going to have to change. 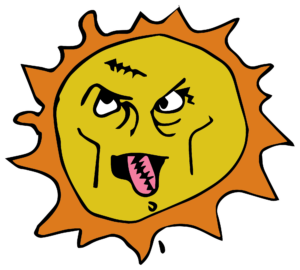 But if you go by the associations of the time of year to the zodiac signs, which was the intention of the original western astrology system, then take heart–you are still the same sign you’ve always been. Lemme ‘splain.

In the northern hemisphere, Aries marks the spring equinox: fierce, unpredictable, full of hope and energy and warmth. The ancient astrologers noted that the Sun was in the constellation Aries during this month. “Oh,” they thought, “we’ll associate those traits with Aries, and they can rule this time of year.”

So, when is the spring equinox these days? Does spring officially start in April now? No. It’s still on March 21.

The zodiac time periods were named for the constellations in which the Sun was found at the time, but the signs got their qualities from the earthly energy present during their respective months. Not the other way around.

The physical constellations themselves have no magical power over your personality, and their positions in the sky don’t matter. There’s been no zodiac sign change. It’s all about the time of year on Earth: if you were born between March 21 and April 20, you’re still an Aries with all the accompanying rights and privileges and loudmouth sass, because that’s the beginning of spring, when the type of energy we associate with Aries is prevalent.

(Does this mean that the zodiac for people in the southern hemisphere should be reversed? I don’t think I want to open that can of worms.)

Likewise, the “Houses” (the twelve divisions of the sky where planets appear in a chart), have the same zodiacal associations they always have. The Sun still rises in the First House every morning, so your rising sign isn’t the constellation currently found in that house, but the essential energy of the house itself, which was only named after its original constellation. Any planets found in that house in a chart exert their influence in tandem with that energy, as well. 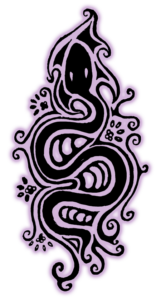 If the image of stars suddenly moving around seems silly now, how about the idea that a whole new constellation just…sort of…appeared one day?

Ophiuchus lies on the zodiac ecliptic between Scorpio and Sagittarius, right where it’s always been. NASA did not put it there. So why hasn’t western astrology always had 13 signs? Because the Babylonians, who set up the western astrological system as we know it, only had twelve months in their calendar. They didn’t have room for thirteen signs, so they left Ophiuchus out.

Should we move over and make room for Ophiuchus today? Well, I’m all for it! I also just happen to be an Ophiuchus. I’m all for it as a Sagittarius, too. If my ruling planet, Jupiter, the god of abundance, saw fit to give me two Sun signs, who am I to argue? Sagittarius is full of crazy ideas, and Ophiuchus is weird enough to make them work.